By Fernanda Valente The Brazilian Rural Society filed a lawsuit in the Federal Supreme Court, this Monday (10/2), to question the constitutionality of the Housing and Transport Fund (Fethab). 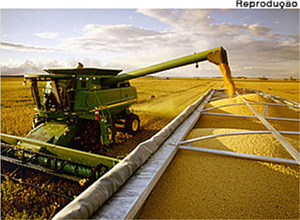 Created by Law 7,263/2000, in the state of Mato Grosso, the fund is intended for road maintenance.

According to the action, however, it is used for various purposes, being transferred to the Executive, Legislative and Judiciary Powers, in addition to private entities, such as class associations.

The funds, according to the entity, “started to burden the production chain and affect the sectors competitiveness, on an interstate and export scale”. In addition, they forced the Mato Grosso producer to pay the amount as a condition to be able to defer the ICMS.

At ADI, the lawyers argue that “this is a ‘voluntary contribution’ created by the State from typical tax materiality, under the justification of not being compulsory, to a ‘fund’ provided to cover typical tax expenses, which focus on the productive chair”.

The lawyers claim that, although created to improve the road structure, the fund was expanded “so that 60% of its revenues can be allocated to the most diversified areas, including those that have no effect whatsoever on rural activity”.

“The law instituted the Fethab and obliged its collection in certain operations, in addition to conditioning the enjoyment of the ICMS deferral and the immunity of exports to its payment”, argue the lawyers Leonardo Furtado Loubet, Manuel Eduardo Borges, Marcelo Guaritá and Pedro Gonçalves de Souza.

For the entity, if the Judiciary Branch does not “establish a quick brake on this new mechanism of parallel collection (…) it will have less and more taxes and more ‘funds’, rendering innocuous the constitutional prescriptions that care for the citizen’s money”. The ADI was distributed to Minister Gilmar Mendes.

Fethab has been criticized in several articles in ConJur. In one of them, tax expert Fernando Scaff places the fund on a list of “tax aberrations” that should be eliminated.

“Contributions to Fethab and additional and to Iagro have the nature of ICMS, due to the unconstitutionality of all its incidences, for violation of article 167, IV, of the Constitution, which prohibits the linking of tax revenue to an agency (Iagro) , fund (the Fethab) or expense”, he explained.